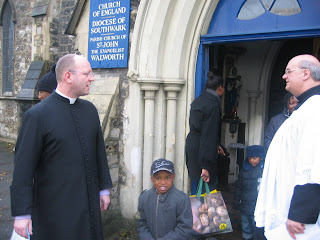 Maybe you had better see the sermon, not just the illustrations, from Advent I in Walworth: for what it is worth, here it is:-