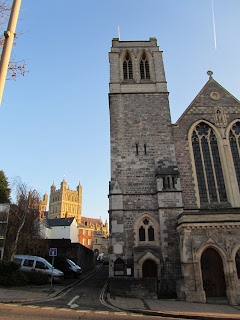 On a day of foul weather we headed West to join in the Ordination of an old friend. It was some years since Paul Andrew left the Church of England. Now at last he is a Priest in the Catholic Church - not in the Ordinariate, but a Diocesan Priest of Plymouth Diocese. This means he is on home ground, being in origin a Cornishman.

The Parish Church of the Sacred Heart is a very grand Gothic Revival pile, a worthy neighbour to the Cathedral just a few hundred yards to the East. 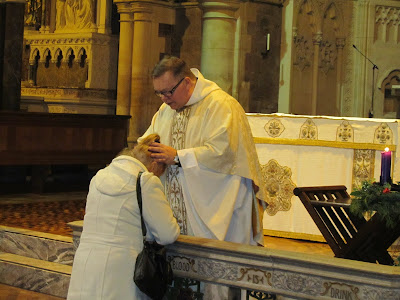 I have posted another blog about the occasion at the "Anglo-Catholic" site,so this is just an opportunity to show a few more pictures from last evening. 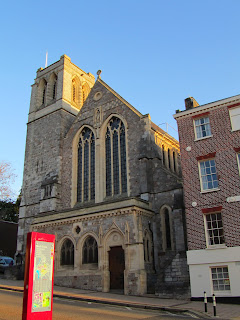 Mercifully the gale had subsided and the rain ceased by the end of the Ordination Mass, and so many were able to make their way to the Pastoral Centre for splendid refreshments and barely any speeches. Good to catch up with old friends, some in the Ordinariate (Fr Robin Ellis is one of my longest-standing friends - we were undergraduates at Pembroke, Oxford, in the 1950s - and yesterday was his birthday, too). The diocese of Plymouth seems to be largely staffed by former Anglicans, some in the Ordinariate but many who made the journey some years ago. 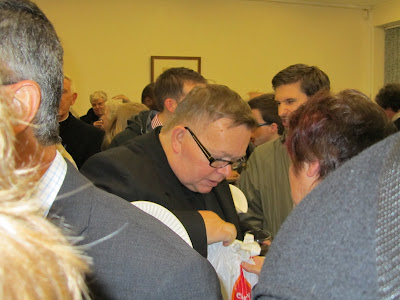 Of forty priests present last evening I would certainly count fifteen, and probably more, who had once served in the Church of England. How will those numbers alter during the next year, as the CofE moves on its inexorable path towards 'ordaining' women as Bishops? Will many who said "a Code of Practice will not do" live up to their words and join the Ordinariate when no real Jurisdiction is afforded them? 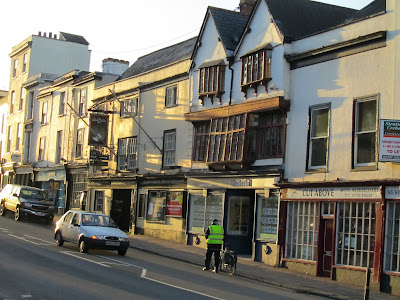 A very pleasant surprise was the hotel where we stayed the night; an ancient coaching Inn which has retained much of its character. The sculpture is in white marble; it is a trick of the camera (perhaps reacting to pigeon guano) which has turned her pink - but she's a jolly image to conclude this blog. 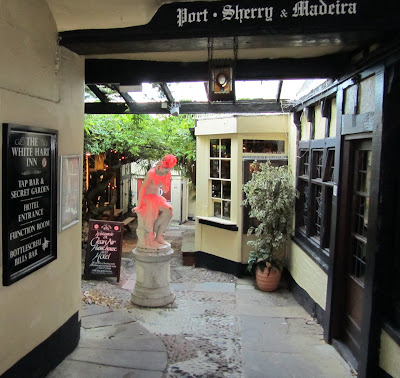