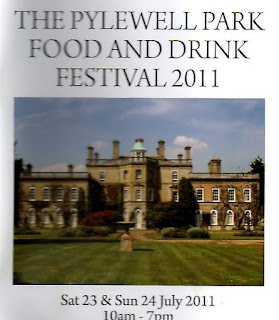 One of the benefits of the Ordinariate in Bournemouth is that Mass begins at 9.30 in the morning; which leaves a good part of Sunday free to be a real day of rest. For us today that rest took the form of a visit to a Food and Drink Festival at a local Country House. Oh, and I had celebrated and preached at the Vigil Mass in Lymington; but more of that later. Throughout Mass, and all weekend, Norway was on all our minds. Was it coincidence or some warped bit of extra wickedness that had such an outrage perpertated on the Feast of S Brigitta of Sweden, Patron of Europe? At least maybe we can now understand a little the outrage felt by Muslims when atrocities are committed using their name as a pretext. 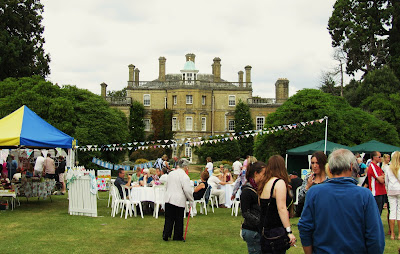 Pylewell is an 18th Century House with considerable later additions. Its setting on the Solent Shore is wonderful, with views from the House across parkland to the water and the Isle of Wight. 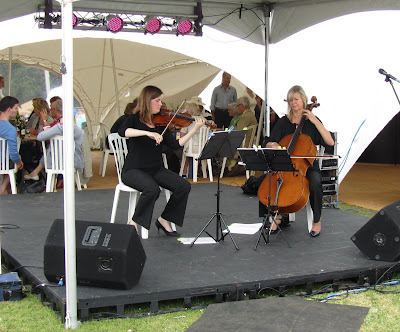 Later this week there is the New Forest Show - which means that Lymington will be virtually inaccessible by road from the North. This was a smaller affair, but very enoyable. Music of every sort; the Champage and Seafood crowd were entertained by a couple of elegant young ladies on Violin and Cello - very South Hampshire. From there it was all downhill (literally) towards the water's edge, with tastings of local wines and many others, from S Africa and Uruguay and elsewhere. Cheeses, sausages, meat and fish and all manner of delicacies were on sale, along with plants and handicrafts. We ate our modest picnic while watching a food demonstration by a chef from the White Star in Southampton. 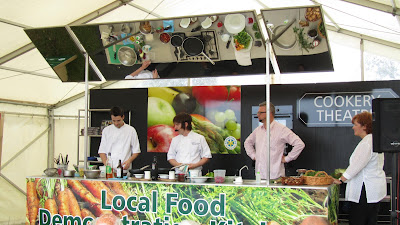 Last evening I doubted if I would even be at Mass, let alone a food fair; but a duty doctor at a local Health Centre saw me (at 9.45pm), diagnosed a serious infection (erisipelis, I think it is) and put me on a high dosage of antibiotics. I've since discovered that S John of the Cross died of it, so I am in good company. But he did not have antibiotics. Now the swelling is going down, and I look a little less bruised. It was someone in the congregation at the Vigil Mass in Lymington last evening who persuaded me that I must see the Doctor - and I am glad I did. We sometimes complain about our National Health Service, but it really does seem to do its best in emergencies. The Doctor on duty said I had made his evening worthwhile - apparently my symptoms were especially interesting. Good to be helpful.
Posted by Edwin at 19:02 No comments: