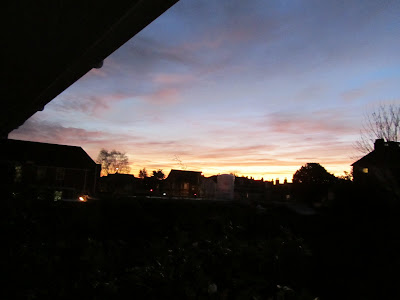 Just a year old, but we had a very busy day celebrating the first year of the life of the Ordinariate of Our Lady of Walsingham. It began early, with a beautiful dawn. We had to drive over to Bournemouth in good time, for the car was laden with new goodies. First, the very handsome Lectionary, provided for us by the parish of St Mary the Virgin, Arlington, Texas. The Lectionaries had been awaiting collection at Allen Hall, and I fetched ours on Thursday when we met there with Msgr Keith. 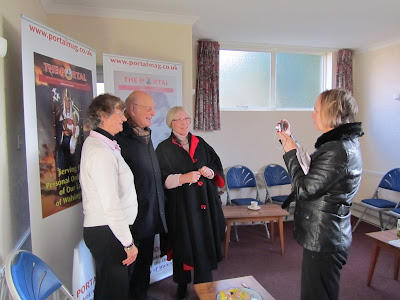 Then with the Lectionaries were some new hymnals - well, new to us. They are copies of English Hymnal which the Anglican Parish of Holy Trinity Millbrook in Southampton has kindly let us have. They had to be offloaded before Mass could begin. 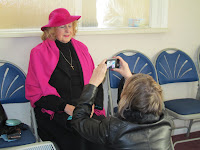 We also had visitors; Ronald Crane and Jackie Ottaway, editors of the Portal (now the OFFICIAL on-line publication of the Ordinariate in England and Wales) came to interview some of us, and take photographs after Mass. 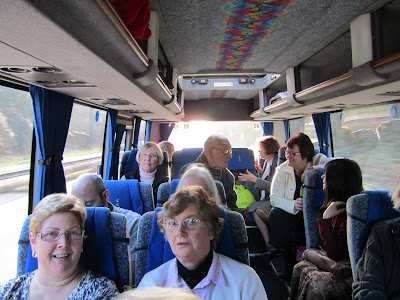 It is too tedious to make another home trip to Lymington, so we stayed in the Church Hall of Our Lady, Queen of Peace, for an hour or so, then had a picnic lunch before setting off in our mini-coach. 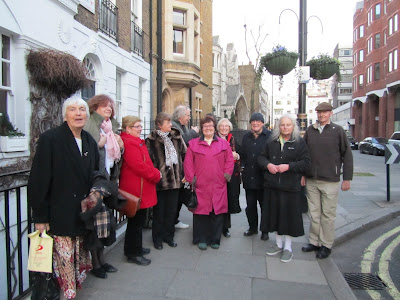 One of our Ordinariate priests expressed surprise that we were coming all the way from Hampshire for the Ordinariate's birthday celebration. His group is based within twenty miles of Central London, but it was too far for them. Very strange thing, that when you are in or near London distances appear to multiply. 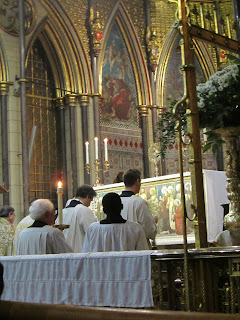 We left Bournemouth at 1pm and arrived at St James' Spanish Place in Marylebone (just north of Oxford Street) by about 4.30, and no-one thought the journey too long. Certainly everyone thought the worship well worth the effort. Others will no doubt blog about that, so I may save one or two pictures for the Anglo-Catholic.After Mass, a very jolly reception where we caught up with old frinds from Maidstone and Folkestone, Deal and Faversham, Essex and even a few from London. 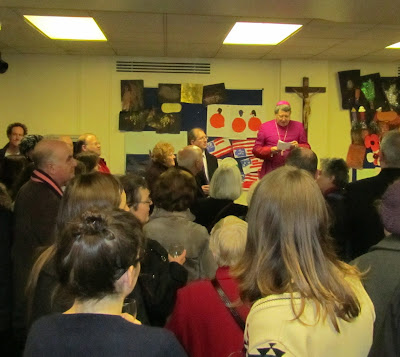 The pictures here are just to encourage others to make the effort to get to any events commended by Msgr Keith. The next one, I believe, will be a Chrism Mass at 11am on April 2nd, also at St James' Spanish Place; details subject to alteration, but you could make a pencilled note in your diary now. See you there! 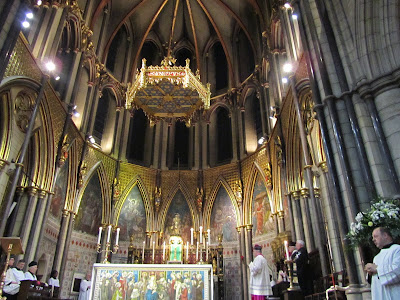