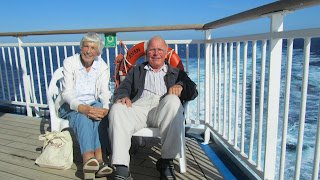 What a holiday! It contained the sublime and the ridiculous, the amusing and the overwhelming.Here are a few pictures to prove the point. We went on Brittany Ferries (above) from Portsmouth to Santander, drove (over four days)  to Portugal, had a week with family there, then drove back to Bilbao for the return ferry. En route we met Bruno who had driven out from Madrid to see us. 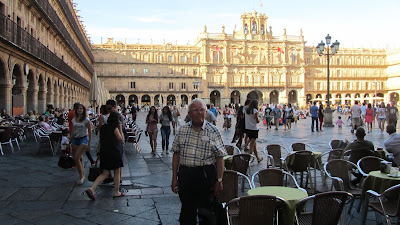 The Plaza Maior in Salamanca where somehow Bruno found us

Bruno Ramos edits a Spanish Catholic Magazine, and I  have written one or two pieces for him about the Ordinariate, and about Anglican Spirituality. 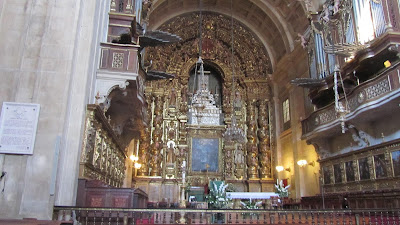 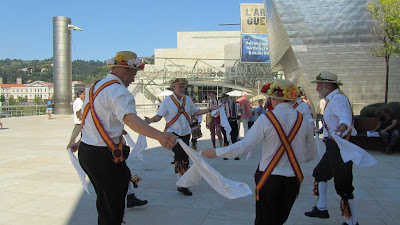 From the sublime... who would expect to encounter Morris Dancing in Bilbao, next to the Guggenheim Museum? But then, when I visited Australia I came on a hunt (Yoiks, Tally-Ho! and all in hunting pink) just outside Adelaide. This Morris Side came, they told me, from Royal Deeside -  which is a bit unlikely too. 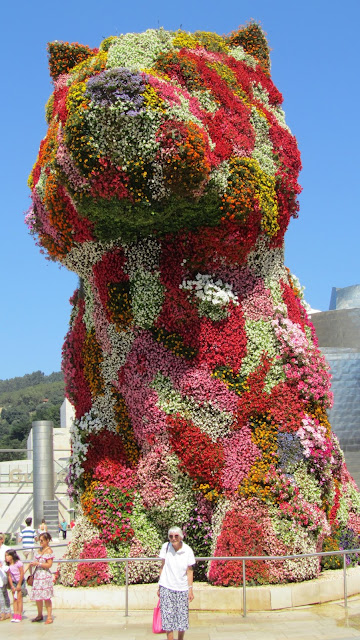 There was also an immense floral cat, created by Jeff Koons, sitting outside the Guggenheim -  Jane is there to give an idea of the scale of the creature.  The flowers are all  alive, so it must be a mammoth task renewing the display. We enjoyed the Guggenheim as a building (Gehry's major opus) but the exhibits were a disappointment. We much preferred the wonderful early mediaeval sculptures and paintings in the City museum. 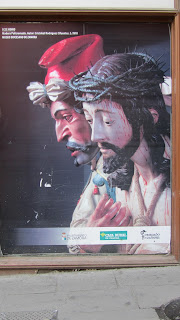 This was a street poster about ceramics in another local  museum; how long would this remain in England before some graffito artist defaced it?   One of the best things about our trip was the friendliness of so many. We were poring over a map in Caldas de Rainha (where we managed to be lost several times) when a lady coming out of evening Mass took the trouble to speak to us (in very good English) and point us on the right road. From a badge on her coat Jane realised she was a Guider - she certainly was for us. This was only one of many such kindnesses.

We went to Sunday Mass twice in that church (Our Lady Immaculate) in Caldas - both an 8.30am and a Vigil Mass the following week were very fully atended. That is in Portugal. Then in Bilbao we went into the parish church near our hotel where therfe were fifty or so at a mid-week Mass.. At the end everyone (except us) sang a hymn to Our Lady in. I think, Basque. We had come across protestors with banners earlier in the day wanting more rights for the Basque people. 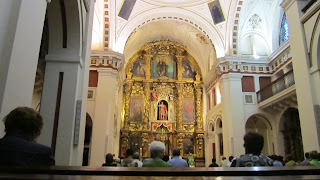 Just a simple parish church, not unlike Our Lady Queen of Peace in Southbourne, really - except maybe for its scale, the Reredos, the Dome ... oh, and pretty well everything else. 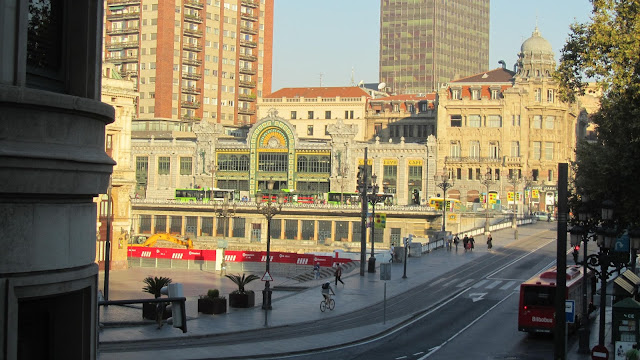 The view from out hotel at the end of our stay included the Railway Station on the other side of the river. They said of Balliol College after its Victorian rebuild, "C'est magnifique, mais ce ne'est pas la Gare" - well, this really IS the Station, and very beautiful it is too. Now I realise I've not given you many exterior shots: so birdwatchers might like these storks on a church in Zamora. 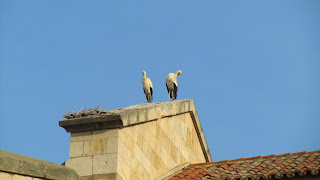 While the architecturally inclined might care to see something which at first sight calls Canterbury Cathedral to mind: 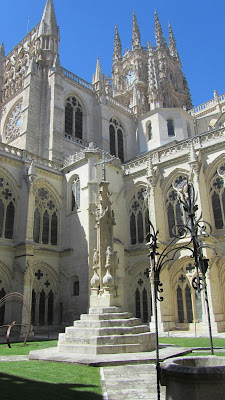 But this is Salamanca. 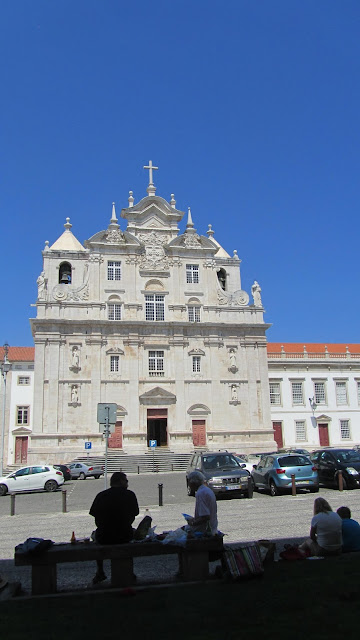 And not to let Portugal feel outdone, here is the exterior of the former Jesuit Church, now the Cathedral of Coimbra

I did say from the sublime to  the ridiculous so whoever thought this cliffside was a good place for a bus stop? 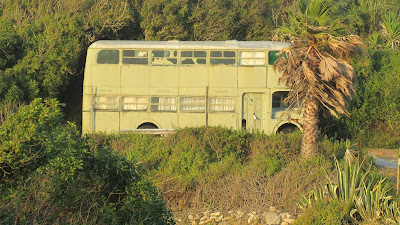 Just a few feet away is a drop down to the Atlantic. 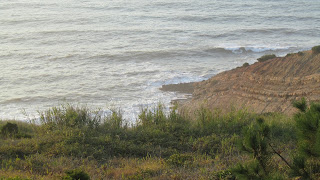 Which brought us home again (the Atlantic, not the bus) - or rather the Ferry 'Cap Finisterre' did, across a rather turbulent Bay of Biscay, and so  to Portsmouth. 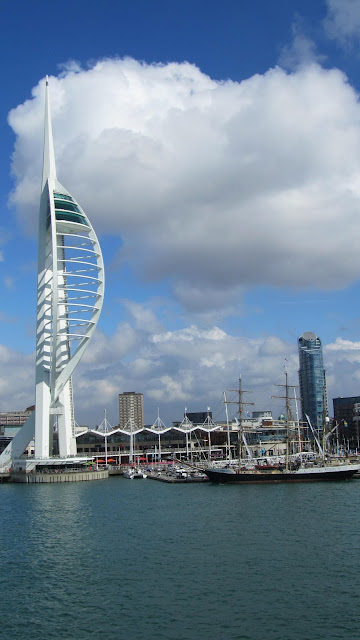