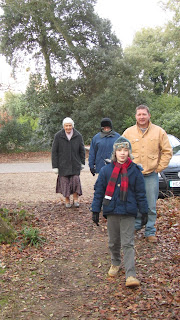 Very traditional Boxing Day (aka the Feast of Stephen - only this year he was moved aside for the Holy Family): a family walk. The temperature overnight had been minus seven degrees C, which is horribly cold for Southern England - hence our daughter was wrapped like a mummy as we went through Highcliffe woods. 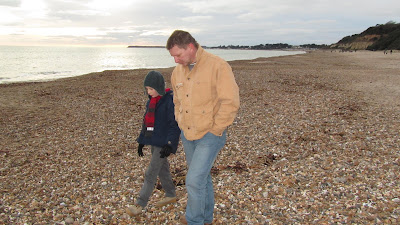 On the beach it became marginally less cold, so the sunset can stand as a reminder to show how we are waiting for the new dawn in 2011. 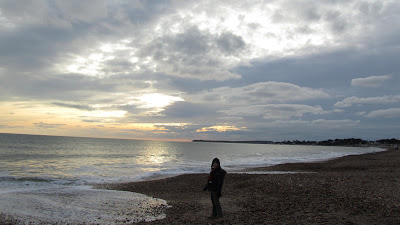 After January 1 the former PEVs will, I believe, declare themselves (though two of them are already pretty up front about dates and such). After that a timetable should become clearer for the two retired bishops (David Silk and me) who are joining them in the caravan; and then things really get moving. So do you say "mush" to camels? In this weather it somehow seems appropriate What a year 2011 will be. 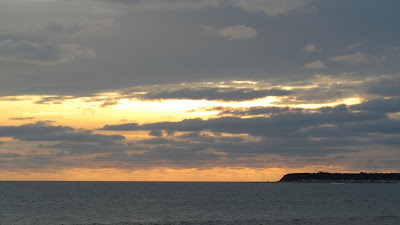