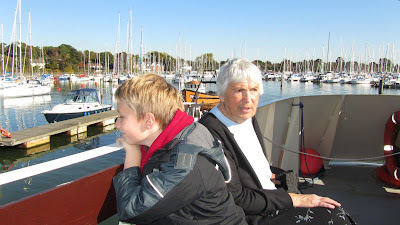 Half-term continues; so does the weather, and courtesy of Gran (aka the Flying Buttress) we set off on the Island Princess for a trip to the Needles. What a day for it! 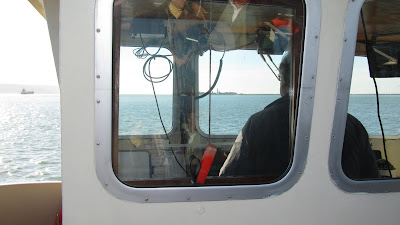 We were afloat for little more than two hours, and on every hand there were wonderful views. 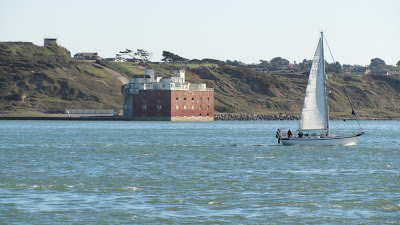 Seemed a pity not to share them so, though I've no profound thoughts, the scenery should speak for itself. 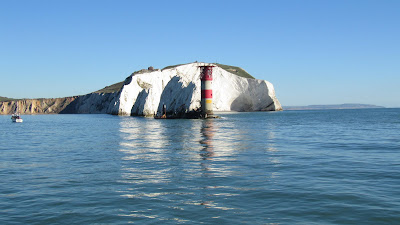 Western Tip of the Isle of Wight 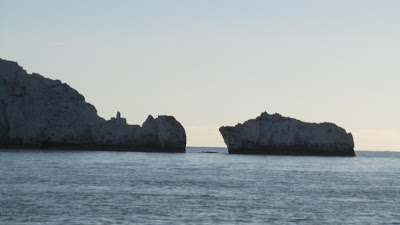 The Needles from one direction appear just menacing great lumps, from another side you can see just why they were called Needles. They are the result of long-term erosion; once there was a landbridge Westward to southern Dorset. 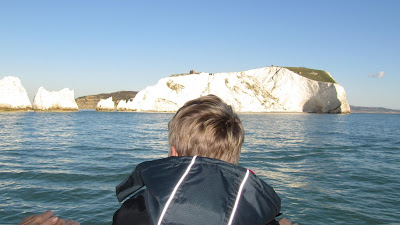 Taking in the View: the Needles & the Battery

It was a bonus for us that there is a repaircrew at the foot of the Lighthouse, so we could wave to them and also get a better idea of the scale of everything. 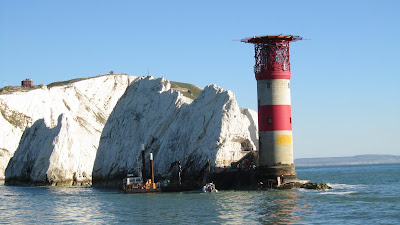 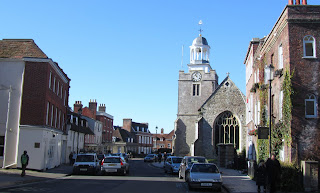 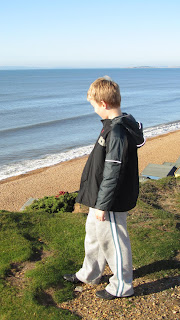 Since no news is good news, here is some no news. A wonderful sunny day in Lymington, and a free Sunday! Our daughter brought 10yr old grandson yesterday to stay for half-term (looking pensive on the right). She has now gone back to Wales but after attending an 8 o'clock said Communion at St Thomas' - very BCP for Trinity xxi - it was good to stroll along the cliffs and on the beach just a few miles Southwest of home. Very restorative. There was even one hardy family with a toddler paddling!

If I weren't an anglo-catholic, I think I'd be a blue-domer. Notwithstanding the claims that science has 'disproved' God, the sea and the sky always set me wondering. The tide has been going in and out from whenever it was that water and land were separated; and when I consider the heavens, the works of His fingers, the moon and the stars that He has ordained; well "what is man that thou art mindful of him; and the son of man, that thou visitest him?" 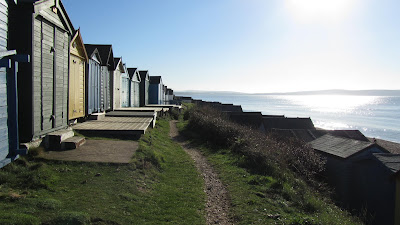 Even empty beachhuts can look lovely in such weather. Next weekend will be less restful; three sermons in two days, and a trip to East Kent into the bargain. But that will be All Saints, which is a great time. 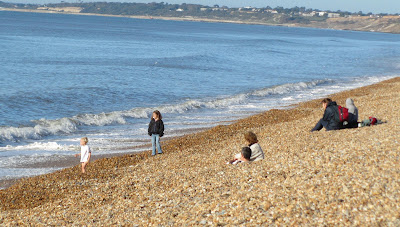