..Books in the Running Brooks... 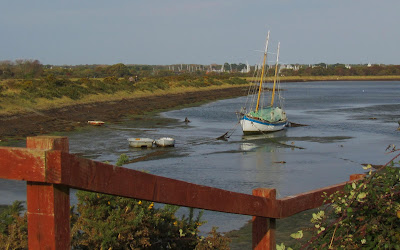 Our little Ordinariate Group in Bournemouth is going through some teething troubles just now - so we would value your prayers, dear reader. We'll say more about this another time. Meanwhile, for a little refreshment, Jane and I walked across the Salterns. Salt was what made Lymington its money - real money in the 18th Century, in one year alone this local industry paid £40,000 in tax - at a time when £4 a year was a decent wage! 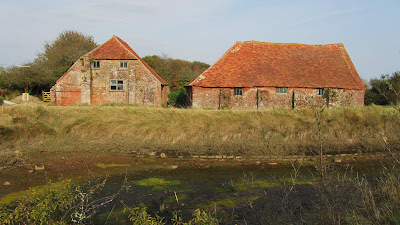 The saltmarshes are now a nature reserve, and there are just a few places where some of the old industrial buildings survive. They were used to boil the brine after the saltwater had evaporated in the saltpans - whose outlines are still traceable here and there. These barns are very ancient, and were probably used for storing salt before it was taken away on barges. 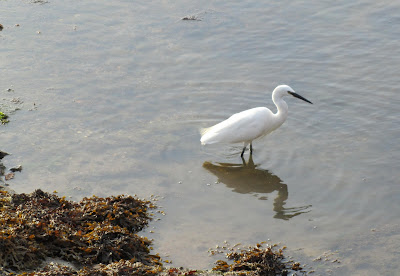 There were lapwings and curlews, and great flocks of geese - probably Canada geese, they were a little far off to identify them postively. There was also this elegant Little Egret. Only a few years ago they were great rarities; recently, we have seen thirteen in one day. 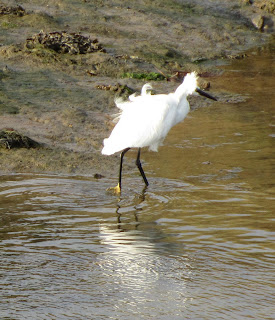 Except when the wind blew to ruffle his feathers, when he looked more like a dishmop than the suave hunter of fishes.

I suppose we can all look a bit stupid when our feathers are ruffled. Then we need time to compose ourselves and put a brave face on the world once more.

And although they don't fit in with this piece of sermonising, here are some of the fruits of the forest; 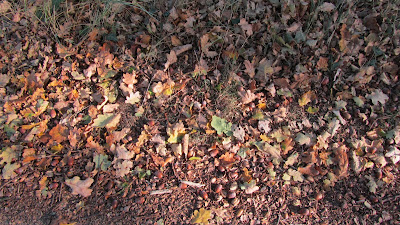 acorns, so plentiful in the New Forest this year that the pigs are being turned loose for longer than usual to consume the pannage - if the pigs don't eat them the ponies will, and acorns are poison to horses. This little herd on the Salterns looked very excited in the windy conditions. 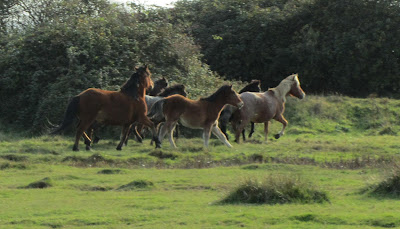 Whereas some stick-in the muds were quite unmoved. 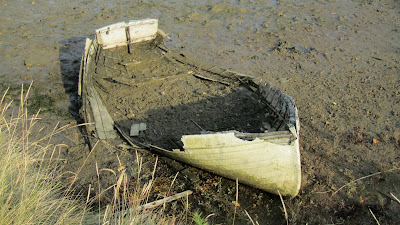