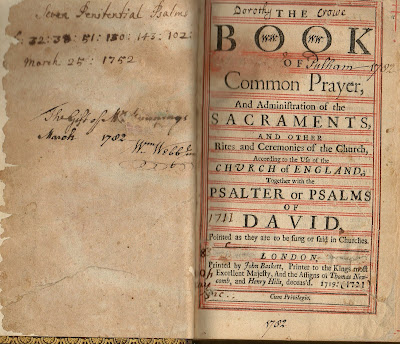 May I suggest you take a look now and again at The Anglo-Catholic? I've had one reader ask if I might repost items here which appear on that other blog, but I hope for now the link to 'The Anglo -Catholic' will be enough. What has astounded me in the week or so that I have been contributing to it is the sheer number of comments in produces. Perhaps I should have steered clear of liturgical matters - I dared suggest that maybe we do not always have to use "Thee" and "Thou" when addressing the Almighty, and it was as though I had shouted an obscenity during an investitute at the Palace. I was just trying to help our former colonial brethren to understand why it is that many of us are rather less wedded to the BCP and its derivatives than they are. 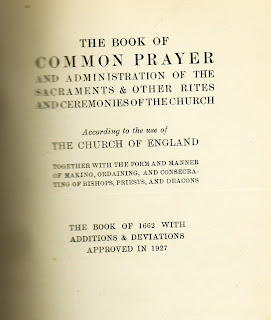 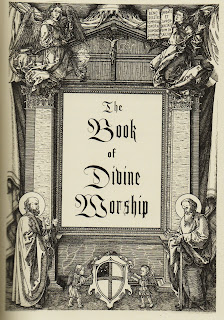 In an inspired moment (as it seemed to me) I realised that they were usually FORBIDDEN to use the old forms, so naturally the Prayer Book became a banner of revolt; whereas here it is THE legal form of worship. If an incumbent and his PCC cannot agree, then the fall-back position is BCP (I suspect not all PCCs know that!) They think using the (American version) of the 1662 book is a symbol of Orthodoxy; we, on the other hand, usually think it is horribly Erastian and un-Catholic. If you want to see the furious responses, have a look at two recent Posts of mine at The Anglo-Catholic called "More Patrimony" and "Patrimonial".
* * * * * * * * * * * * * * * * * * * * * * * * * * *
The illustrations are from the Title Pages of Prayer Books I own; an early 18th C copy of 1662, the deposited book of 1927, and the pseudo-Baroque frontispiece from the Anglican Use Catholic Book of Divine Worship of 2003. The Angels at the top look suspiciously like cribs from Durer, the rest I think is pastiche. But maybe you know better?
Posted by Edwin at 17:51