On Tuesday our priest is charge is to be licensed. Here is my last sermon in Holy Trinity for a while, along with pictures of some of the congregation today. 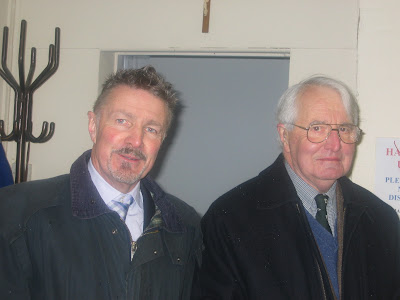 My father was a wandering Aramaean [Deuteronomy 26.5]

Such fascination these days with where we come from. Whole websites devoted to tracking down our ancestors. Yet despite the popularity of TV programmes tracking down celebrities’ forebears, we read that some Universities are dropping the study of history in favour of subjects supposed to be more useful. Odd, really; our nephew has gone into the City, and his was a history degree - in War Studies. That seems to have equipped him pretty well for life in the City of London. 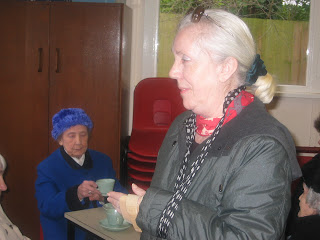 The Jews, though, have always known their history; indeed, the remembering of their past is what has helped them survive all the terrible events of persecution and derision. So we heard from one of the books of the Law today; when the Jews celebrated the first fruits of the earth, it was part of a continuing history lesson. What grew in field and garden was part of that history; it was given him by God; so he says “Here I bring the first-fruits of the produce of the soil that you, Lord, have given me”.
This was just the latest event in a series which stretched back into the earliest times. “My father was a wandering Aramaean” he says. These are the roots of the Jewish family; wandering in desert places, going down to find refuge there from famine, and there thanks to Joseph his people succeeded and became a nation, great, mighty and strong. Because of that, the Egyptians ill-treated them, and inflicted harsh slavery on them. This is not history as a remote academic study; 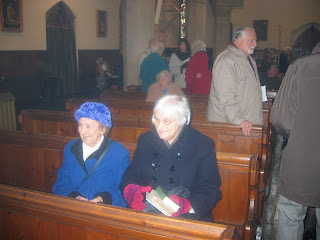 this is history about the people who are telling it. It does not say, “Then the Lord heard their prayers” – no, it says, the Lord heard OUR voice and saw OUR misery, OUR toil and OUR oppression. No delicately nuanced history here; this is a real story, and it is about the people who are telling it. 'He brought us out of Egypt with mighty hand and outstretched arm and great terror .. and brought us here, and gave us this land'. This is who we are, and this is how we come to be here, the Jews are saying. 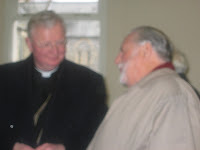 We Christians continue that story. Week by week we recall how it went on; that God sent his own Son, and many rejected him; but as many as received him, to them he gave power to become sons of God. At the heart of our story are the events surrounding the death of God’s Son. The meal shared the evening before we still celebrate, week by week, and so show the Lord’s death until he comes. 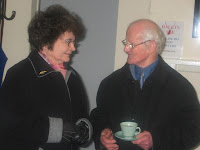 In this season of Lent, we are preparing once more to make the fuller annual recall of that. The culmination of it all happens during the great Three Days, from the evening of Maundy Thursday to the dawn of Easter Day. In that triduum all history is shown. It draws us into the events, so that we are no longer spectators but participants in the history of our salvation. As we received the ash cross on Wednesday, so we are there as he washes our feet on Maundy Thursday, and we stand at the Cross as he dies. 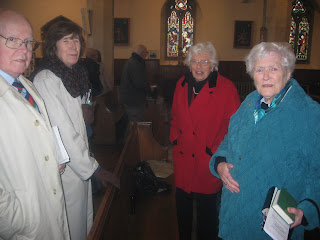 History matters; it tells us who we are. There are many layers to our salvation history. The Gospel did not float down to us from heaven in the English of the King James version. It was brought with great difficulty by missionaries from Ireland and from Rome. Once in England, it affected the way we thought and the way we spoke, from King Alfred to William Shakespeare. Christianity pervaded our whole national life, from the way we are governed to the way justice is delivered among us.

Five hundred years ago, we were torn away from the roots which had nourished our faith, in an attempt to make the faith more entirely English. That was a great experiment, and it produced some great fruits, among them especially the English Bible and the Prayer Book, but also the choral tradition of our churches, and the rich variety of hymn-singing. Weighed against that were the losses our church sustained; no longer part of a world-wide body, but a separated limb. Our historians tried to deride the more distant past, dark ages they called them; and proposed that we only came out into the light with the Reformation. With such productions as Foxe’s Book of Martyrs we tried to pretend that it was only our heroes who had suffered for the faith. 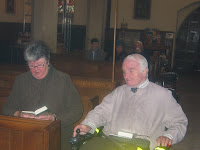 More recently that we have begun to understand the damage done with Henry VIII’s breach with Rome. Historians, with Books like ‘Voices from Morebath’, have enabled us to hear our ancestors putting up with that discontinuity, but also being deeply saddened by it. It was not a matter simply of cleansing our church of clerical abuses as we had been taught. It was quite as much the work of greed as kings and nobles despoiled the Church’s and shared out its treasures. 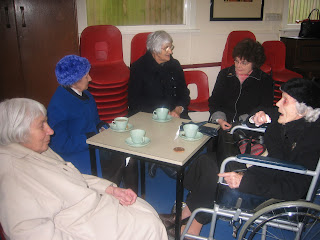 For the past two centuries, many in England have looked for a time when the divisions of the past might be healed, and we might rejoin the universal church. All down the years we have been saying Sunday by Sunday that we believe in that One, Holy, Catholic and Apostolic Church. Some from time to time have made brave attempts to rejoin the fractures limbs of the Body of Christ. Now, to the astonishment of many, there is a real prospect of such a healing taking place in our generation. Many are fearful, thinking they will lose the things they love; but it may be there are things we love too much - the very things which separate us from the love of God. Lent is the time for detaching us from such idols, seeking once more what really matters.

Tomorrow in this and many other churches is to be a day of seeking. We shall try, with God’s help, to discern through prayer the path for the future. Our history matters, it is our past which has brought us where we are. Look to the rock from which you were hewn; the same Lord who brought his people out of slavery in Egypt can lead us, too, into a promised land which we had thought was forever out of reach. We shall have to be honest about our history, though, if there is to be real healing. The cruelties done to the Abbot of Glastonbury and his monks were perpetrated by our forefathers, our church - the burnings and beheadings were by no means all the work of Mary Tudor and the Inquisition. 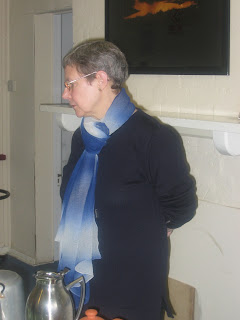 The way ahead is not clear; there may be some who will want to take the opportunities offered by the Pope, and others who will hold back – and each will have good reason from what they do. Most of all, though, whatever we decide must spring from genuine charity. We must not claim that all right is on our side, whichever side we may find ourselves on. Despite all our failings, the Lord has not abandoned us – so with our forefathers the people of Israel we can say, “A wandering Aramaean was my father” … and the Lord is with us still.
Pictures: from top
Two Churchwardens soon to breath sighs of relief
Serving coffee despite a broken wrist
Sitting back after practising a new hymn after Mass
Our new Priest with Fr Lionel
Kate, wife of Fr Malcolm, with head server Bill
The next three, Anglicanorum Coetibus
Finally, Helen, Mrs Churchwarden, also ready to breath a sigh of relief with the arrival of Fr Malcolm Jones, our new parish priest.
Posted by Edwin at 21:13