Returned a couple of days ago from a marvellous break, first in York (the picture is from the gardens at Beningbrough, a favourite haunt of ours when we were in Hull.) 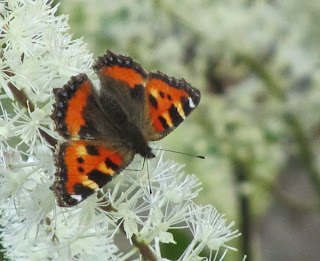 The gardens are terrific, full of autumn colour 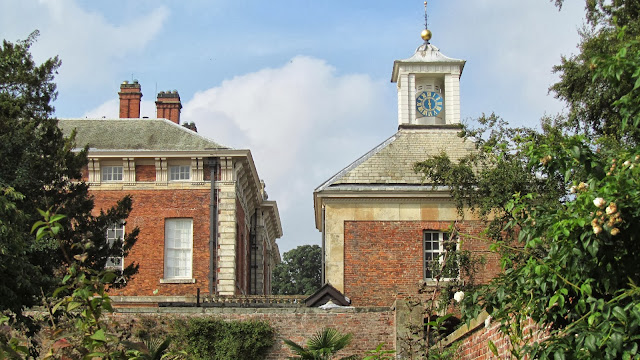 We went to Mass on Saturday evening where the Parish Priest is about to leave after many years of ministry in that amazing church almost on the doorstep of the Minster. There work continues - the East Window is being very thoroughly restored, and one of the western towers has scaffolding at the top. I wish they'd finish it - the saying is that when there is no work going on at the Minster it reverts to the Catholic Church.

In Edinburgh the weather continued fine, and you might like to see what they have done to the Princes Street facade of the Academy - it is all to do with an exhibition of paintings by Peter Doig. They claim him as a Scot, though most of  his life was spent in Canada and the West Indies. His work is fascinating, and the small studies alongside the very large paintings gave some notion of how he works. 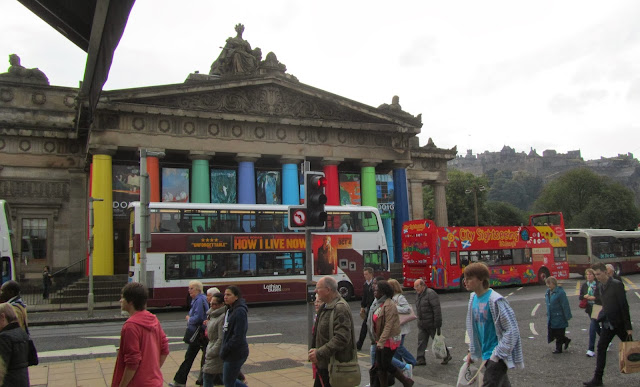 Was it just a coincidence that TV had a programme on last evening debunking Wallace, particularly  the Hollywood film 'Braveheart'? Or were they just trying to stir up the Scot Nats before the great Vote next year? It is  to be held on the feast of Bannockburn. As a small child in Greenock  I remember having bricks thrown at me, along with the cry of 'Bannockburn' - on account of my English accent. Great, these sons of the 'enlightenment'! 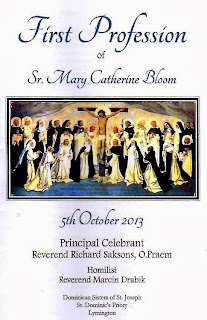 Today was a very different day - and a wonderful one. Sister Mary Catherine made her First Profession  - so she is now a Dominican Sister of St Joseph, at St Dominic's Priory in Sway, just down the road from us in Lymington. Friends came, some from great distances. The homilist was Fr Marcin Brabcik,  a Polish priest who cares for the parish of New Milton. He had brought with him from Poland a relic of St Faustina, 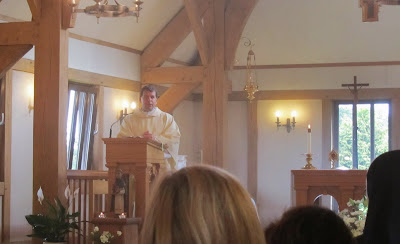 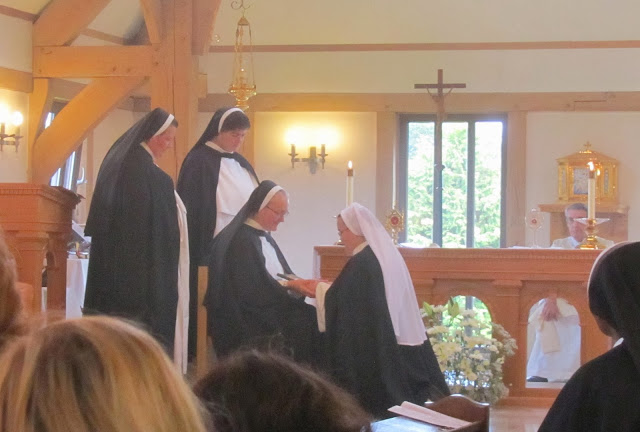 Here Sister kneels before the Prioress, making her Profession.

It was all a very joyful occasion, as Sister's face shows - here she was greeting friends as we left Church after Mass - and before a very substantial buffet lunch. They had invited us to 'light refreshments' - if those were light I can't imagine what serious refreshments might be! 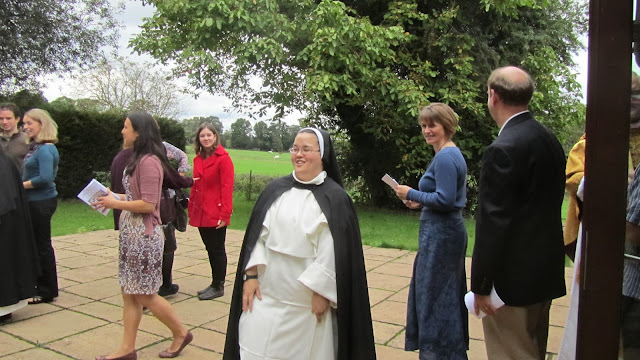 Tomorrow it is back to the Ordinariate Group in Southbourne - where we will consider whether we are to use 'Serving the King' as our study book for the coming year. It is by an Ordinariate Priest, Fr David Mawson, and consists of Thought and Meditations for each Sunday - the new book for Year A which begins in Advent. You can Order a copy from www.mawson.me.uk/jacquedaw.htm .There is a marathon being run in Bournemouth tomorrow, so we will need to be early to avoid the rush!