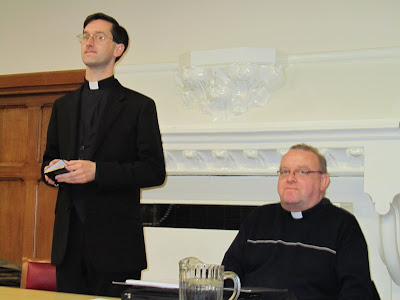 Introducing Fr John Hemer MHM
A busy day in London Town began at Our Lady of the Angels, Bayswater, where members of the Confraternity of Catholic Clergy met to hear Fr Hemer on Catholic Scriptural Studies in the light of the teaching of Benedict XVI. It was so good to be reminded that the Scriptures are written "that you might believe that Jesus is the Christ, the Son of God, and that believing you might have life through his name". So much Biblical scholarship in the past Century and more has been undertaken by non-believers. They purport to take an unbiased approach; in fact, theirs is a post-Enlightenment stance which fails to acknowledge the whole purpose of Sacred Scripture. It is written "from faith to faith", not just meant to be dissected as a mere exercise in linguistics. To treat it as such an exercise is rather as though medical studies stopped short with anatomy, and never considered living patients; or as though misicologists studied scores, but never listened to music. 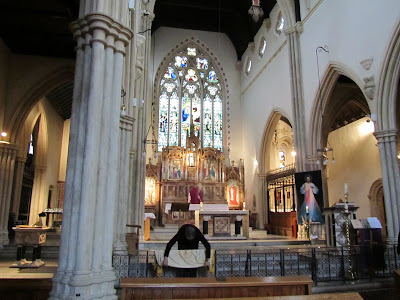 Our Lady of the Angels is a very grand neo-Gothic edifice, with a history going back to that famous one-time married Anglican, Cadinal Manning. 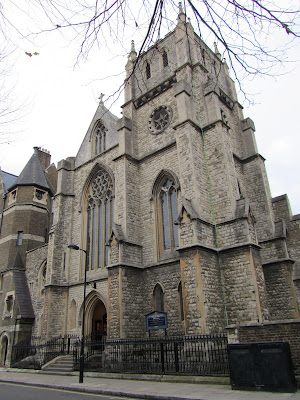 It dominates its corner of Bayswater and makes a grand foil to the Victorian villas facing it across Sutherland Place. We met in the Father Michael Hollings Centre, where we shared a meal and good company - for of course fraternity is one of the purposes of the CCC. We spent half an hour before the Blessed Sacrament, so between those devotions and our Biblical lecture we managed to show something of the two other elements of the Confraternity, Fidelity and Formation. 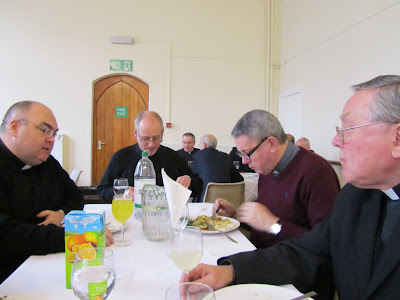 After lunch, rather than rushing back to Waterloo, I diverted to Two Temple Place. I had read about it in the press last week, and thought I should get to see this, one of the last works of the great gothic revival architect, J.L.Pearson. 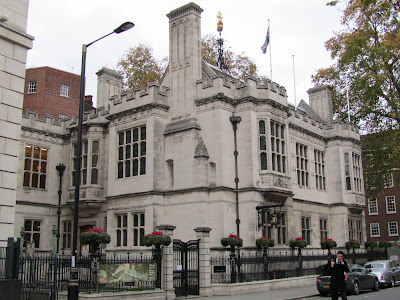 He was commissioned by William Waldorf Astor to build the house, and what an extraordinary piece of work it is - a little Renaissance Palace quite unlike any of Pearson's famous churches. At present it is filled with an exhibition about William Morris, "Story, Memory, Myth". Check with the website (www.twotempleplace.org) before setting out, since occasionally the House in closed for Private events. But if you can get there before January 29th, it is well worth the journey - and what's more, it is free! 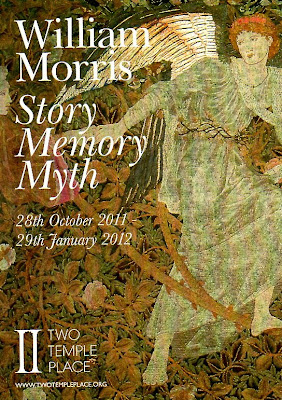