When 'tis done, then 'twere well it were done quickly

Same blog, different site: sorry if you have seen this already on the Anglo Catholic, but there was not time for something utterly new. 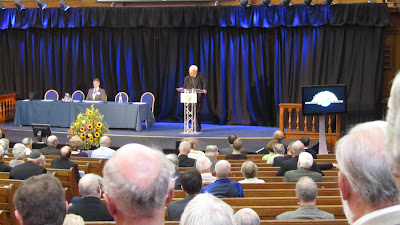 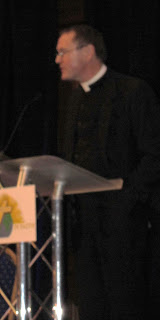 The Assembly ended with tributes being paid to Fr Geoffrey Kirk, without whom many of us would not have survived these past acrimonious years. His learning, his wit, his friendship and good humour have sustained us. John Broadhurst spoke of him with great affection, a presentation was made to him, and if you listen to nothing else from the podcast, do listen to Fr Geoffrey's words of farewell. He has seen it, and told it, as it is. We shall still need him, although he has retired as Secretary, to continue to prick the pompous nonsense of any of us when we are tempted to rely on the promises of the Church of England.

Finally, an unashamed plug: 'Sea Without a Shore', the life and ministry of Michael Houghton, one-time bishop of Ebbsfleet is now out, available from the Additional Curates' Society for £15.99; their website is at www/additionalcurates.co.uk
Posted by Edwin at 23:20