Too late, too late.

For more years than I care to remember, between the 1970s and 1995, I was a member of General Synod, and of the Catholic Group in Synod. It always has had a difficult task, but in recent years that has become almost impossible. Women clergy and their supporters have swamped Synod, and on the rare occasions I have visited since leaving it I have been saddened by the bitter and divisive tone of that body. Once we valued those of other opinions, and could share a joke with them. Now, it seems, there is only rancour.

So it is brave, if also foolhardy, of today's Catholic Group in Synod to continue trying to participate. In particular it was unwise of them to continue taking part in the debate once it was clear that only a Code of Practice will be available for anyone staying in the C of E after women are consecrated. We have said "A Code of Practice Will Not Do". We have explained why this is so. We have too much evidence already of 'codes of practice' being ignored; and even the 'code' has not yet been formulated, let alone agreed to. A pig in a poke is a safer bet than a code of practice with no legal backing.

The Group has my sympathy. For all that, the "statement" they have issued is so feeble, and so clearly evidence that they think we are in "business as usual", that I feel I must respond to it.
"The Catholic Group in General Synod is encouraged by the remarks of the Archbishop of Canterbury that there is still ‘unfinished business’ and that ‘the Church is only part of the way through the process’ of determining the way forward for women bishops legislation".

Well of course we are all always encouraged by remarks of the Archbishop of Canterbury. Encouraging remarks is what he is so good at. But he made plenty of remarks during the recent Synod, and they were all ignored. There will not be any change in the "way forward for women bishops' legislation". That way is already determined. The liberals have not given an inch, and they are not going to.

"The Group was, however, disappointed that there was a lack of support for financial hardship where clergy feel by conscience that they need to resign from the Church of England."

Disappointed! I was scandalised. There will have to be a fight over this. The Ecclesiastical Committee of Parliament in 1993 could see that what was then proposed amounted to constructive dismissal, and they insisted that financial provision should be made for those who in conscience had to leave the ministry of the Church of England. That should be even more necessary now, since many of us were hoodwinked into staying with promises of lasting provision. If the Ecclesiastical Committee does not come to our rescue (and it should, for priests are being deprived of their Livings, which parliament recognises as property) then the Law may; and the Law must be proved if necessary with some test cases, backed financially by anglican catholics and our catholic societies.
The onus now is on the Church of England to provide for its clergy to remain within the Church for which we have always fought as loyal Anglicans.
Dream on my dear friends in the Catholic Group. No provision is going to be made, except what individual bishops, male or female, might feel they can offer fromtheir goodness of heart. And what bishops give they can also take away. We asked for provision for our children and grand-children. The provision from Synod will not even see us out, let alone future generations.

"We remain committed to both the process and our Church, and would wish to play a major part in helping the Church in its ongoing journey in a spirit of unity that is Christ’s way".

But the process is already played out, and our Church is no longer recognisable as the Church of England we have known and loved. Friends, stop playing games. The game is over. The fat lady has sung. It is too late. 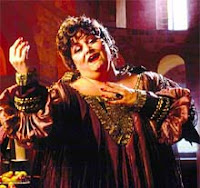